Why Didn’t they Put Up a Fight? 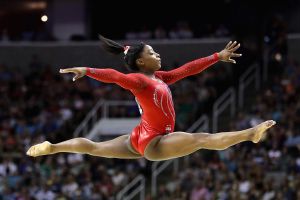 Larry Nassar sexually assaulted dozens of young female gymnasts under the guise of medical treatment. I’ve read so many critical comments directed at these young women that I felt compelled to respond and offer another perspective.

First of all, girls are conditioned to be non-aggressive and to fall in place just below men. This can be easily observed in the youngest of females all the way up through adult women of every age and in every station of life.

Second, Nassar’s position as a doctor, along with their trust in him, won their obedience. From the onset, those girls were indoctrinated with the idea that their doctors and coaches were the best in their field and fully vested in helping them succeed. Their parents believed that . . . everybody believed that. So any discomfort or pain they felt while receiving Nassar’s “treatment”—physically and psychologically—was immediately dismissed. Their distress was in direct conflict with their programmed brains.

If you’re a woman, I’m sure you can think of a time in the not so distant past when your behavior was directly impacted by one of these factors. You may tolerate more aggressive behavior from your male boss than you would if he were female. You may bite your tongue when your doctor dismisses your concerns. Consider the wage differential between males and females working in equivalent positions.

And of course self-diminishing programming isn’t limited to the female population.

Over the years, I’ve counseled both women and men who were sexually abused as children. In every case they felt powerless. Their perpetrators were older, bigger and often in a position of authority. To a child, a babysitter qualifies. Camp counselors, parents, grandparents, siblings, cousins and pastors qualify as well.

When I’ve asked my clients why they didn’t resist, I get similar answers, such as:

“I didn’t think I had that option.”

It’s important to recall what it was like being a child among giants. One does not rile a giant—it isn’t safe. Vulnerability squelches any boldness we might have. Our survival instincts instruct us to just go along.

Criticism and judgment is not what the victims of perpetrators need. They need to be given the respect of being understood. They need caring regard for what they went through, for not putting up a fight and for keeping it a secret.

4 responses to “Why Didn’t they Put Up a Fight?”