Be Brave and Speak Up 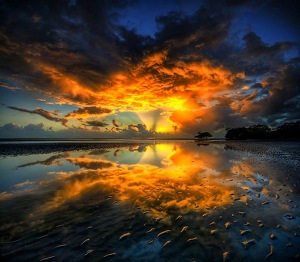 Ever find yourself in the midst of a group of people engaged in a bashfest? Some unfortunate individual is being maligned or trashed behind their back.

Join in to feel a part of things? Or stand there, silently uncomfortable? Either choice makes our soul uneasy. It feels like we’re participating in a betrayal of sorts. And we are. It’s a betrayal of the person being targeted and a betrayal of ourselves at some deeper level.

Not long ago a friend of mine, Tina, found herself in one of those situations. The conversation started out as idle chit-chat, but then regressed to bashing other people. “It didn’t feel good,” she said, “but I didn’t know what to do.”

The model for what to do arrived in the form of a woman who happened upon the scene. The first words out of her mouth were:

“Enough feeding the darkness. What are you doing to feed the lightness?”

The woman didn’t wait for an answer to her question. Without a moment’s hesitation, she took charge of the conversation, redirecting it to a positive topic. “It was amazing,” Tina said. “The energy shifted immediately.”

Simply put, the atmosphere morphed because one person decided to feed the lightness.

I love that story of courage. I call it courage because it’s so very difficult to speak up and risk others’ scorn.

Years ago, I was at a picnic, and sitting near me on a blanket was a happy two-year-old. Characteristic of her age, she was a bit squirmy. Eventually, she stood up, clearly eager to do some exploring. But her mother immediately gave her a spanking while uttering these harsh words: “You sit down, young lady, until you eat all your food!”

The little girl’s cheerfulness quickly evaporated, replaced with tears and a crestfallen spirit. It hurt to watch. Like many of us in such situations, I asked myself: What can I do?  I wanted to say something but was frozen, lacking both words and courage. I didn’t feel it was my place to say anything, and I imagined the woman coming back at me with this response: “How I raise my children is none of your business!”

I left the picnic with a sour taste in my mouth, not because of food, but because the incident left me heartsick. Unable to remove it from my consciousness, I pondered the question: Is it really none of my business?

My conclusion: It is my business. How fellow human beings are treated is the business of everyone. That’s because we’re all members of the same family—the human family. And how we raise our children shapes the world we inhabit together.

Every time we ignore or neglect to speak out against unkind acts, we allow one more piece of debris to contaminate the collective spirit of humankind.

If I could redo the picnic scenario, what would I say to the spanking mother? I would hope to muster the spiritual courage to say: “Oooo, my heart aches for your little girl. How bad she must feel, and probably doesn’t understand what she did wrong. It’s so natural to want to explore at her age.”

I would hope that my response would provoke thoughtful reflection and perhaps make a difference. There’s a chance it wouldn’t, but remaining silent would ensure the latter.

I‘m expanding my blog to include a new category, Random Acts of Courage. I invite you to share with me your experiences with courage—times when you’ve successfully fought the temptation to keep silent in the face of unkindness, or when you’ve witnessed others successfully doing so.

10 responses to “Be Brave and Speak Up”