Far from being free, Joe lives in the prison called “settling for.” Consequently, he lives a boring, soul-deadening existence. Long ago he deserted himself when he aborted his desires and dreams. Now Joe isn’t where he wants to be, doing what he wants to do. Not surprisingly, in the process of sacrificing his will, Joe lost any zest for life. Today, he’s hollow inside, a mere shell. He’s resigned to living a life that in no way resembles his true self . . .  continue reading

A sagging spirit or depression, like all discomfort, can be a signal alerting us that change is necessary. We all know the annoyance of walking around with a bothersome pebble in our shoe. It isn’t long before the unrelenting irritation forces us to remove it.

I welcome your comments.

The Latest Wow: Waste Your Time 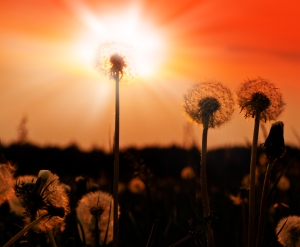 Carlie is  an  over-achieving teenager. She’s  driven to excel academically, athletically and socially. She has trouble with that word “relax.”  But in a moment of clarity, she wowed me with this:

It’s sad that a stressed-out state can feel normal to us, so much so that it feels wrong to  be free of it.  Let’s face it, our culture values and encourages busyness over taking time to smell the roses. Busyness is easily equated with productivity, purposefulness and meaningfulness. To do otherwise is  deemed wasting one’s time.

This is all wrong! Squirrels are incessantly busy—aimlessly darting here and there—but I wouldn’t necessarily call that busyness productive, purposeful or much less meaningful. The same applies to us humans.

In contrast, soaking up  a sunset can be one of the most productive, purposeful  and meaningful things we can do.

Let’s get busy wasting some time!

Filed under Get Free, The Latest Wow! 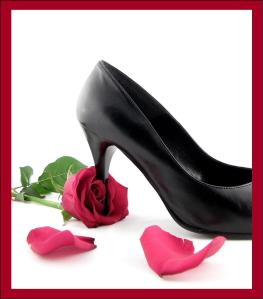 That was Jill, Trent’s girlfriend, who’s at the end of her rope. Although he claims she’s #1, he has chosen to hang on to a relationship with Laura, a woman he no longer loves. What stops him from leaving? He can’t bear the thought of hurting her.

(To read about my session with Trent, see my previous post, Make YOU Happy.)

Jill’s frustration is so understandable. She’s waited years for things to change. Ironically, Trent’s efforts to protect one person from experiencing pain is creating pain in another. Jill suffers, but she rarely expresses it—not wanting to be a bitch or a nag.

Jill’s suffering is amplified because she makes assumptions about Trent’s stuckness. When her frustration reaches a fever pitch like it is now, she’s convinced he’s an insincere ogre who’s hell-bent on leading her on and using her.

I know that’s not true—he’s a tortured man. I explained that his guilt and needless sense of responsibility for Laura’s happiness is paralyzing him.

Unfortunately, we live in a world that doesn’t look at psychological barriers in the same way it looks at physical barriers.

Trent’s psychological barrier is as big and crippling as any physical barrier.

“I see,” Jill said, now in a calmer space. “He’s like a man in a wheelchair who wants to be in a foot race, but can’t.” “That’s true in part,” I replied, “but unlike the man in the wheelchair, Trent is capable.” It’s just not as simple as making the decision and, voilà! he’s off and running. He has internal barriers to overcome—barriers that have to do with him, not Laura.

At this point on Trent’s life journey, he’s being challenged to contemplate all the unconscious ways he’s being hurtful. He’s also challenged to either stay the course of self-compromise or opt to be true to himself while pursuing his own happiness.

“You’re being challenged in the same way,” I said. “You have to decide what to do with the circumstances as they are.”

Even though she has a better understanding of Trent, she still has a decision to make.

“Jill, realize you’re not expected to endure the unendurable,” I said. “In fact, you shouldn’t.  If you can’t endure the status quo, you have to honor that.”

I loved her next insightful comment: “I haven’t been true to myself, either.”

She’s so right, and like all of us, she’s ultimately responsible for her own happiness.

Filed under Client of the Week, Couples, Get Free

Jill and Trent have been in a relationship for a long time. They love each other very deeply and treasure their time spent together. The problem? Trent can’t leave his former girlfriend, Laura. He doesn’t love her, but he can’t bring himself to cause her pain.

Trent is one of those people who easily—too easily—feels guilty and responsible for the happiness of others. If someone close to him seems displeased or unhappy, he believes he caused it and should do something to fix it.

In our counseling session, I pointed out that he’s actually hurting Laura more by being unfaithful and deceptive. “And furthermore,” I explained, “we don’t do people any favors by catering to their illusions. It keeps them from growing and grappling with truth.”

The pain of lost relationships and fading hopes is built into the very fabric of daily living. We can’t escape it.

When he’s in Laura’s presence, he’s there physically, but that’s all. The rest of him is absent. In all likelihood, she senses that, which causes her a certain degree of suffering and unhappiness.

I just flatly told him:

“You can’t make her happy if you’re not happy being with her.”

Because he’s a divided man, his energy is diluted in each relationship. He pays a price as well. Sacrifice and self-denial is not a route to happiness. For his sake and the sake of everyone involved, he needs to follow the path of his truth.

“If you honor yourself—honoring what’s right for you—you’ll automatically be honoring everyone else,” I said.

I explained that honoring Laura means respecting her dignity and honoring her soul—the higher aspect of her. “You need to stop treating her like an emotional cripple—someone incapable of growing from pain and incapable of helping herself,” I said. “Stop making yourself her god.”

In the final analysis, Trent’s not responsible for Laura’s happiness, she is.

By the end of our session, I was encouraged by Trent’s response to my following question: “Why is suffering a good thing? What is good about it?”

He came off with this WOW:

“Suffering helps a person dig deep into their soul.  As a result they become wiser and stronger.”

Filed under Client of the Week, Couples, Get Free, The Latest Wow!