Don’t put up with bullying just because it’s been your habit since day one and is therefore insanely comfortable.

That was my advice to Nicole who endures verbal abuse from her boss on a regular basis. She’s always belittling her in front of the other employees. For example, she’ll blast her for missing deadlines and she’ll erupt in rage when Nicole expresses an opinion of her own. Let’s face it, she’s supposed to be her boss’s puppet and nothing more.

Nicole just sits and takes it. Why? Because it’s familiar territory—echoing how she was raised. Her father was a bully, and she learned that her role was to submit. Succumbing to bullies is her norm—it’s all she knows. It’s how she was programmed.

Residing beneath Nicole’s facade of niceness lies her anger.

“I would just love to call in sick tomorrow,” she said, “and stick her with all the work!”  Nicole dropped her head, saying, “But it wouldn’t be morally right if I did that.”

“Is it morally right to put yourself through this?” I asked.

“What’s the fine line between abuse and job responsibilities?” she asked.

“You answer that,” I said. “You’re wiser than your boss, you know.”

“There’s never a good excuse for abuse,” she said. “Ever.”

“Does that mean that anybody in a leadership position who doesn’t treat you respectfully doesn’t deserve your dedication?” I asked.

“What do I do about this?” she asked.

Without the slightest hesitation, she said with a perky little smile: “Find another job.”

Filed under General Interest, Get Free, Random Acts of Courage

My Girlfriend Is a Bully 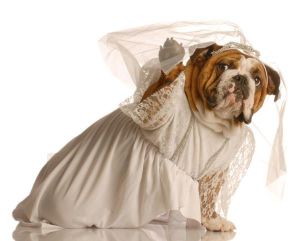 Avoid people who don’t care what they do to you.

Picture a large, ugly, brutish ogre who frequently pummels people over the head with a club. More than likely, he’ll be catered to because doing so will make things a trillion times more pleasant than the alternative. Standing up to him will have the same effect as throwing gasoline on a roaring fire. Better to shrink down and become docile than incur greater fury.

Not all bullies look like ogres. Some are pretty. Alan’s girlfriend, Vicky, fits that description, and yes, her hot-headed tirades trigger an impulse to appease.

“I have to watch what I say around her,” he said. “She’s quick to take offense.”

So Alan treads cautiously, taking care not to ripple the pond.

This inclination to avoid making waves is exactly where bullies get their power. Defusing that power involves overriding our built-in response to fear—our natural impulse to steer clear of trouble.

The automatic flight or fight response, writes Albert J. Bernstein, Ph.D., author of Emotional Vampires, was necessary for our primitive ancestors. “Without it, they wouldn’t have lived long enough to become our ancestors,” he said. To assure survival, the rules were plain and simple: “If the danger is smaller than you, kill it and eat it. If it’s bigger, run away before it eats you.”

According to Bernstein, bullies take full advantage of this instinctual fear response. So it’s understandable why bullies would use intimidation, aggression and anger as tools to gain control over others. It works!

Bernstein points out that “When regular people get angry they distrust their own feelings and hold themselves back.” But, he continues, this isn’t true of bullies. They “lean into their anger,” using it to their utmost advantage.

Vicky believes it’s high time Alan marries her, so she’s applying pressure. Her bullying tactics aren’t always thunderous. Sometimes she tones down the anger and uses sarcasm—a subtler form of aggression. She’s also been using guilt-inducing digs. So the question weighing heavily on Alan’s mind is whether he should marry her or run away before she devours him.

In our counseling session I tried to give Alan some things to chew on.

“Do you really want to be in a relationship where you have to shrink down in order to make it work? Is ducking and placating a life you want?”

Alan shook his head. “That’s not living,” he said. “She would have to change.”

I continued, “The next question is, will she? Is she likely to?”

The odds are against it because Vicky rarely takes a good, hard look at herself in the mirror. Instead, she’s a classic blamer, pointing an accusing finger.

How can we be self-corrective if we’re not self-reflective?

If Vicky were to turn her life into a play, the cast of characters would consist of villains and she would be the victim. In her mind’s eye, she’s constantly being wronged. Consequently, she feels justified to lash out, sometimes unmercifully.

Typically, such “victims” are blind to the wounds they inflict on others. In fact, if those wounds are brought to their attention, they’re likely to respond by saying: “But look at what you did to me,” or “How do you think I felt?” So instead of heart-felt compassion, the victim becomes defensive—feeling wronged one more time.

Alan has a kind heart. Casting him as a villain is not only erroneous, it’s an insult to his innate goodness.

Defeating bullies, Bernstein points out, takes place in the arena of our own mind.

For Alan, this means he must first become convinced of his basic goodness and that he doesn’t deserve Vicky’s degrading treatment. Having mastered that, he will naturally stand up against her demeaning assaults. He won’t shrink, he won’t skirt trouble—he’ll defend his integrity head-on.

When Alan changes his dance step, Vicky will invariably be challenged to do the same. If she doesn’t, he’ll be faced with a choice, and hopefully he’ll make the right one.

Don’t Grin and Bear It! 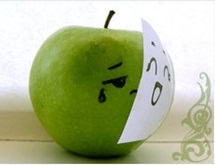 Out for a walk one day, I was struck by how natural it is for animals to protect themselves from harm. Their survival instinct doesn’t seem cluttered with emotional logjams such as second-guessing, guilt, or denial. At the first sign of danger, without the slightest hesitation, a bird will take flight. Likewise, rabbits hop away to safety. I think birds and rabbits have something to teach us about boundaries.

Cassandra, a distressed client, comes to mind.  She once asked me, “Is it okay to skip being nice to people who mistreat you?”

I pointed out that, just like birds and rabbits, we’re supposed to be invested in self-preservation.

Unfortunately, Cassandra’s boundaries crumble when the programming of her childhood overrides the instinct to protect herself.

Cassandra’s parents downplayed her brother’s bullying behavior and sarcastic remarks. Instead of protecting her, they excused him. The message conveyed was this: “Boys will be boys. And you—being a girl—should be nice.”

Because we’re drawn to what seems familiar and normal to us, we tend to surround ourselves with people who psychologically resemble those from our past. So, not surprisingly, Cassandra’s in a relationship with a man who treats her like her brother did. And instead of objecting to his hurtful behavior, she takes it. The result is a dampened spirit and constant knots in her stomach.

Her learned behavior is the same in all settings, including her workplace. Wearing a smile despite being treated unkindly, Cassandra allows them to cross her boundaries.

Cassandra yearns to free herself from such programming. That’s a good thing, because trying to make something palatable that isn’t—enduring the unendurable—is not only exhausting, it’s also an act of self-betrayal.

In the weeks ahead, Cassandra and I worked on boundary-building. It began with her learning to listen to the truth of her feelings instead of listening to the programming that told her how she “should” feel. I recommended a book I would love to hand out on street corners, The Nice Girl Syndrome by Beverly Engel.

Birds and rabbits don’t question—even for a second—their right to self-preservation. And the predators of the world have learned just how difficult it is to lay a paw on them. Why should we—thinking creatures—be any easier prey?

I just have to share something with you. As a writer, I follow several blogs, one by author Kristen Lamb. She captured my attention in a recent post about bullying. Actually, she’s been cranking out post after post on that subject. In one she mentions “family bullying.”  Here’s the quote that grabbed me:

For every family bully, there are passive members dancing around trying to appease The Great Volcano from erupting. Clean the house a certain way, don’t have an opinion, be invisible and cater to every need Mt. Volcano has and he/she won’t blow.

This brought to mind my client, Paul (not his real name), who was feeling conflicted over spending time with his family at Christmas. The bully in his family is his mother. And the family members, with the exception of Paul, do whatever it takes to make her happy.

His mom recruited a reluctant volunteer from amongst his siblings—a sister—to guilt him into attending. She dutifully obliged even though she has a full appreciation of his position.

Paul has made it a policy to avoid such functions because “family events make me miserable,” he said. “Why do I want to go through that? My mom has to create trouble . . . she’s not happy if everyone is having a good time.”

Paul puts her in the same category as a belligerent child who pouts or storms if she doesn’t get her way or if she isn’t the center of attention.

He doesn’t mind one-on-one interactions with his brothers and sisters. The family dysfunction isn’t occurring then. As for his mother, she’s tolerable when he’s with her alone. That’s mostly because he doesn’t “play her game.” He said, “I see it as a form of standing up to her.” He’s right.

Paul is wary of family gatherings for another very good reason: “Expectations are attached to all family events. People get cranky when their expectations aren’t met.”

Many of us can relate to that.

I can still recall with great clarity a family bullying incident I witnessed firsthand a few years ago. It was painful to watch then, and still is when I think about it today. I described it in a column I wrote about some of the unfortunate consequences of family bullying.

In both of these cases the “family bully” just happens to be the mom . . . that’s a coincidence. Any family member can wear that hat.

On that note, how were your holidays—how did it go? Are there any bullies hiding out in your family?

She Swallowed A Lie

Depression and dissatisfaction with your life may be direct feedback from your inner guidance system telling you that you’re not fulfilling your true nature.

Branches on a young bonsai tree are wired down and shaped to conform to a fixed design. In time, the wires are no longer necessary. The bonsai will hold its forged shape. Like the bonsai, we were shaped at a young age. But unlike the bonsai, when the wires are removed—that is, when we grow up—we have the option to remain fixed, shaped permanently, or return to our original and natural form. We have choice.

Click here to read about Donna, a client who swallowed a lie about herself.

We are only truly free when we take the initiative to direct our own fate and move beyond an existence anchored to old patterns.