Listen to Your Grumpy Self 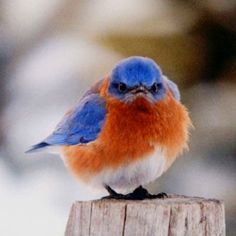 “I was grumpy when I got up and then I took it out on my kids,” Lori said. “I was just lazy and didn’t want to get up.”

Lori had a good reason for wanting to stay in bed a little bit longer. She had worked late the night before. She needed the rest.

But something tells Lori she “ought to” spring out of bed full of sunshine and butterflies every morning, regardless of what else might be happening in her life.

Sacrificing herself for others is a common theme for Lori in every arena of her life. Saying no—or saying yes to herself—seems selfish to her.  “I can’t let people down,” she says. That mindset leads to exhaustion, and exhaustion is a recipe for guess what? Grumpiness.

Lori needs to learn the language of grumpiness and kick guilt out of the driver’s seat.

Rather than being critical with herself, she needs to listen to what her body is telling her. It’s an unparalleled tool for communicating what we need. Young children don’t seem to have a problem with this. When they’re tired, they take a nap. When they need to play, they play. When they need time by themselves, they take it.

And interestingly, when they’re grumpy, they don’t judge themselves. That comes later . . . after the programming phase of their life is launched. That’s when they’re trained on how they “should” be and what they “should” feel guilty about.

Yes . . . we should be responsive to the needs of others, and oftentimes sacrifice is called for. But wisdom should be the driving force—not guilt. With wisdom at the helm, we take into account the whole picture including what’s best for our well-being. Balance is the key.

I think this quote from the Buddha sums it up perfectly:

“If your compassion does not include yourself, it is incomplete.”

Filed under Client of the Week, Contemplations, Get Free