You Really Do Know What’s True 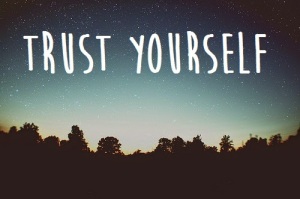 Proceeding wisely through life requires a sharply focused awareness of our emotions. Being blind to them handicaps our ability to take effective action in any given situation.

Let’s say, as a small child, you hear a loud noise. Instinctively, you place your hands over your ears. Then you’re told, “It’s not too loud.”

Let’s say you fall down and get hurt and your parents tell you, “You’re not hurt.”

Let’s say you tell your parents you saw two lizards in the backyard and they respond by saying, “No, you didn’t!”

If this happens often enough, you may—understandably—begin to distrust your own experience of reality. The same goes for emotions. If our emotions are continuously discounted instead of being validated, we stop relying on them for useful information. Unfortunately, we learn to rely on how we’ve been programmed to think and feel.

Cheri was raised to doubt her own emotions. Consequently, she second-guesses herself whenever someone treats her disrespectfully. Nate, her 22-year-old son, is no exception. He has been doing it for years.

But Cheri’s waking up. “Enough is enough,” she said in our counseling session. She had reached that point after returning home from a short business trip and discovering that her house had been trashed. Without her knowledge, much less her approval, Nate had thrown a party while she was gone. It really wasn’t out of character for him to ignore his messes. And it wasn’t unusual for him to erupt in a rage when confronted.  He can be cooperative, but only when he wants something, and it’s at those times he pleads for a second chance. Up until now, Cheri has obliged him.

Merely teaching Cheri better methods for dealing with her adult son would prove futile. That’s because the source of the problem—her major stumbling block—resides in how she dismisses her own feelings.

Like her parents, Cheri tells herself how she should feel and think instead of listening to the wisdom of her emotions and using her better judgment.

Her actual emotional response toward her son’s blatant disrespect is a combination of pain, outrage and disgust. She may love him as a son, but she honestly doesn’t like the person he’s become. According to Cheri, he treats people poorly in all arenas, not just at home. And on several occasions, his troublesome behavior has led to problems with the law and with employers. It distresses her that his sole focus seems to be on self-gratification. Displays of sensitivity toward others or demonstrations of a social conscience are virtually nonexistent.

But Cheri’s criticism of her son—realistic as it may be—immediately activates strong feelings of guilt. She believes she would be mean and selfish if she stopped giving him chances, lending him money, doing his laundry and other such favors.

When I pointed that out to Cheri, she said, “I was brought up to believe that it was wrong to judge others.”

I explained that there is a difference between open-eyed clarity and being judgmental. We possess discerning minds. That ability, along with our values and emotions, tells us when someone’s actions are just plain wrong. Emotions alert us to discomfort and repulsion—our mind tells us why. Both provide valuable feedback so we can respond appropriately.

I emphasized to Cheri the importance of listening to her soul’s indigestion.

“It’s telling you something.” I urged her to pay attention to that sick feeling in her gut. “We shouldn’t ignore what we find disturbing,” I said.

“I can’t differentiate between judging and what’s distasteful to my soul,” Cheri said. “In my mind, choosing what’s right for me is equivalent to judging.”

“Where did this idea come from?” I asked.

“I was constantly told as a child that I shouldn’t feel what I feel…that the way I felt was wrong. Any feelings, anger or tears were considered wrong. I wasn’t allowed to say what didn’t work for me. So I don’t feel I have the right to complain or to even expect my son to be different.”

I felt optimistic when Cheri left my office that day because awareness is the first step in re-programming ourselves. Hopefully, she will begin to override her guilt and start validating her emotions. And as a result, she will effectively respond to her son’s disrespectful behaviors.

He just may be in for a bit of a surprise. Hope so.

Whether you’re a grown-up or a young child, your father probably occupies a special place in your heart. ♥

Over the years, my clients have shared many thoughts about their fathers with me. One client made me smile with this one: “I remember Sunday mornings listening to records and Dad dancing the polka in stocking feet on the linoleum floor in the family room!”

Can’t you just picture that?

Annette recalls: “I treasure the simple memory of Dad tucking us in bed each night and kissing us goodnight. And he was the one to get us up in the mornings and make us breakfast.” He cooked the evening meal, as well. She was especially touched by how he went out of his way to make their favorite meals.

Chad told me of his father’s endless patience: “Whether Dad was showing me how to throw a ball, helping me with my homework, or teaching me how to drive, he was always patient.  And when I got in trouble, or failed at something, Dad wasn’t the type to blow up. I can still hear him say: ‘Well son, what did you learn?’”

Claire loves that she can go to her dad for reliable advice: “What stands out about my father is how well he listens. I can talk to him about anything and I know I’ll get his undivided attention. I remember one time when I had been offered a new job and was debating whether to keep my present job—which I really liked—or take the new one. So when I shared my dilemma with my dad, he asked me questions about both jobs—what I liked about my present job and how different the new job would be. In essence he was causing me to weigh the pros and cons of each. He didn’t actually tell me what to do, but prodded me to examine all aspects so I could figure it out for myself. It fills me with a sense of security to know I can always turn to my dad and he’ll listen to every word.”

My own father never had much to say, yet somehow his love for his three girls infused the air with an ever-present soft glow. When he did share his thoughts, I could tell he was in the habit of doing some deep thinking when off by himself.

Dad was the playful one. I have precious memories of him playing hide-and-seek with us. He taught us how to swim, how to fish, how to plant a garden, how to dance and how to go after what we yearned to achieve. Like Annette’s father, he did the cooking.  When we came downstairs in the morning, a smiling dad and a breakfast of poached eggs awaited us. There were no exceptions. Even on Christmas morning, Dad made it mandatory that we eat breakfast before all else. Our presents would just have to wait. Seemed like hours! 🙂

Jan, another client, was moved to write about her late father.

“As I sit here anticipating my first Father’s Day without my dad, I wonder: Does everyone who has lost their father feel the same emotions I’m feeling?

“Before he passed on, Father’s Day meant worrying about purchasing the right gift and hoping it was something Dad would enjoy. It was trying to get everyone together and accommodating schedules. With five other siblings, this wasn’t always an easy task.

“My father was a man of few words. He had minimal education and worked construction his whole life. He worked many hours to provide for a family of eight. There weren’t many heart-to heart talks with my dad or one-on-one moments. Sometimes—I’m embarrassed to admit—I even wondered if my dad really loved me.

“But as I sit and ponder, I realize it wasn’t really about the gift I had to buy or the time it took from my busy schedule. Father’s Day represented the man in my life who was always there. He wasn’t going to divorce me or leave me. He was there for every holiday, every marriage, every divorce. Basically, Dad was there for every event.

“Although we didn’t spend a lot of time together and never talked about the latest topics, he was present and always watching over all of his children. More and more I realize there’s something comforting and important about the feeling of being watched over.

“Recently we buried my father, and as all six siblings stood watching over him in his final days, I realized there was no animosity between us. We were in total agreement in his last hours about how we would make him as comfortable as possible.

“It was the night my dad passed away that I finally realized what he’d taught me. He taught me how to love.

“And as I watched my five siblings gather around his bed that final night, I also realized they were given the exact same gift.

“Most importantly, I realized that with my brothers and sister in my life, my dad would always be there. I can now see him in each and every one of us.

“So here’s to you, Dad: You might not have taught me to put a napkin on my lap or how to write a letter, or to say ‘please’ and ‘thank you,’ but what you did teach me was so much more valuable. Thank you for the gift of love. It outweighs everything else.