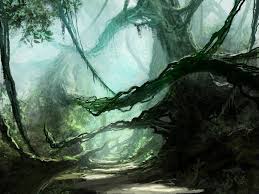 Self-compassion . . . how do we get there?  In my most recent post, I suggested that the key to this nirvana is disbelieving our conditioned self-concept, which is comprised of innumerable verbal and nonverbal messages we’ve absorbed over our lifetime.

Years ago, I worked with Donna, a woman with depression. She saw herself as inferior, unlovable and insignificant. That self-concept took root early. She was what some people refer to as an oops baby . . . the result of an unplanned pregnancy. Many unplanned babies are received with joyous grins and open arms, but that didn’t describe Donna’s experience. Her parents were getting older and not up to the task of raising yet another child—they had long since transitioned out of that phase of their life. As for her siblings, the one closest to her in age was nine years older. So the sad truth is that her parents, along with her siblings, were only minimally involved in her life.

I’ve written about Donna’s story in the past, so if you’ve been following my blog for a while, it my have the ring of familiarity. I find it valuable because it so effectively reveals the shaping of a self-concept—our thoughts and ideas about who are. Click here to reacquaint yourself with her story.

A bonsai tree is deliberately shaped to suit the preferences of the gardener. Donna’s shaping wasn’t deliberate but rather was the result of erroneous conclusions she made about herself due to childhood experiences. Those conclusions created a strangling thicket, which played a significant role in her depression and dissatisfaction with her life’s course.

Donna’s ultimate pathway out of her jungle—into the fresh air of clarity—was to disbelieve those conclusions and return back to her “original and natural form.” Call it the true self.

Our true self is the core of our being—our uncorrupted reality. It emerges when we’re out in nature, when we’re creative, when we laugh and run, when we sing without restraint or inner judgment, when we pause and look up at the stars, when we think our own thoughts, choose our own color, play our own music. In other words, it’s the free spirit expressing itself. Our true self.

To expand on that, I’ll borrow a quote from Chopra: You’re in touch with your true self  “when you feel secure, accepted, peaceful and certain.”

It is only from the space of our true self that we are able to cease believing in the self we aren’t. We realize we’ve been identifying with a programmed self—a false self that is nothing more than sheer fantasy. Compared to the true self, it’s just an empty shell—a delusion or dream we only imagine as real.

At an early stage in our life, our true self got lost during the shaping process. One could say we fell asleep while being redefined by fellow dreamers. That is to say, we were innocently brainwashed. No one deliberately programmed us to think of ourselves as lazy, selfish, stupid or any other unflattering label. We just surmised that those unflattering things must be true. Why? Because when we were young—while ripe for conditioning—we automatically assumed that older people knew the truth and stated the truth. We trusted them as authorities on everything including ourselves. We believed that their perceptions and opinions were accurate.

The good news is we’re not at the mercy of our programming. We can break free. As children, we are easily susceptible to being shaped by our parents and other authority figures. But as adults, we have the advantage of mental sharpness. We can override our programming by out-thinking it. With maturity, we’re capable of distinguishing between fact and fiction. It’s a capability that paves the way to living life on our own terms rather than living the one prescribed to us.

A vital step to disbelieving our programming is to recognize the difference between our programmed self and our true self.

If you haven’t given that truth much thought, then that’s the place to begin.  Ask yourself: “What ingrained beliefs about myself continue to float around in my brain? What should I discard? What do I need to disbelieve?”

Let’s face it, before we can throw something away, we must first know what it is we’re throwing away. Like Donna, we need to identify the lies that block our self-compassion.