How would you define a gift? A few years back when I posed that question to various people, I learned that a bumper sticker held the truth:

Hmmm . . . truth shows up in the least expected places at times. (Fodder for a new post, wouldn’t you agree?)

I wrote a column about my finds—many shared their viewpoints. In that column, I also wrote about the difficulty several of us have in being on the receiving end. In other words, we can easily give but can we just as easily receive? Melanie, a former client is a perfect example. I told her that allowing others to give to her was a gift in itself.

We all agree it’s rewarding to give, so when we let others give to us we’re doing them a favor.

Some people don’t see the gift they are to others. Kay was one of those people. Sadly, she was blind to her own value. So immensely wrong she was! You can read about her here.

For something to qualify as a “gift,” it need only be paired with the heart.

How would YOU define a gift? I love getting your feedback. And by the way . . . happy holidays!

Names are changed to honor confidentiality

Latest Wow: Face the Truth About Yourself 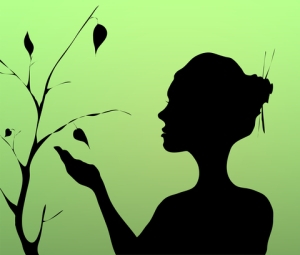 “The bad thing about not liking myself is not being able to get away from myself. I can’t just go into the next room.”

Anna was being her usual witty self when she made that comment in my office but, sadly, she meant it. Also sad is the fact that a multitude of people feel the exact same way. How can that be? How does that happen?

It’s acquired. Self-loathing isn’t part of the package when we’re born. We don’t come out of the womb disliking ourselves.  We learn it—the result of how we were treated as children. I wrote about this in a column a few years back titled The Bent Twig. The column begins with a painful incident I witnessed between a mother and her little girl in a department store. It still haunts me. You can read it here.

As for Anna, her mother was a mother biologically, solely. Maternal she wasn’t. That is, she was minimally nurturing and minimally involved with her daughter. Understandably, Anna, saw herself as an inconvenience and therefore unworthy of being liked. To some extent, she carries that conclusion around yet today. She’s making progress, though, in turning it around completely.

This is what happens: we form an opinion about ourselves as a result of early life experiences—a self-image—that really isn’t accurate. So what we end up despising is who we think we are, not our innermost reality.  In short, our true self gets buried beneath layers of lies we have bought into about ourselves.

How to change this? A quote immediately comes to mind—a Wow!—by Brad, another client. Like Anna, he’s familiar with self-loathing—he’s been there. Here’s what he said:

“The brain is a fertile chunk of ground so anything we plant up there is going to grow.”

Brad’s statement suggests that we can take charge of our thoughts—the seeds that perpetuate a negative or positive self-image.

It’s good to know that the false notions we learned about ourselves can be unlearned. I say we start by disbelieving the debris of lies we’ve taken ownership of.

Names have been changed to honor client confidentiality

Filed under Client of the Week, General Interest, Get Free, Parenting, The Latest Wow!

Some dreamy-eyed part of us clings to the illusion that through a sheer act of will we can change another human being. Such misguided thinking is as unrealistic as believing we can get a walnut tree to start producing apples.

For six years Sonya has asked her husband—who works in the remodeling industry—to fix the gaping hole in their kitchen ceiling. If it weren’t for a sheet held in place by thumbtacks, the studs and insulation would show.

The ceiling is just one of her many frustrations. My jaw dropped at some of the things she has put up with over the years. That’s the key point—she puts up with it. So how can she expect change? Sonya came to me wanting to know how she could change her husband. She’s at the end of her rope—change must happen or she’ll either leave the guy or die from frayed nerves.

She’s tried talking to him but that leads nowhere. “Instead of trying to understand what I think, he turns it into a conflict,” she said. Fodder for warfare.

Her husband makes approaching him with a problem an impossibility. The result: stifled grievances. Such things build to a point of creating a gap in the relationship equivalent to the hole in their ceiling.

Because he’s unapproachable, I told Sonya she must be the change she wants to see in her relationship. “You can’t make him change but you can.” Sonya must start by valuing herself more. This means acknowledging the things that rob her of happiness and negatively impact her well-being. She wants her husband to hear her distress and honor her needs. She has to start with herself instead of passively enduring.

Second, Sonya must empower herself to seek solutions—relief—from tormenting circumstances. Putting up with something that undermines her peace for six years is SELF-torture.

She followed my advice. His family was planning to visit in a few weeks so she told him: “Either take care of this before your family shows up or I’ll hire it done.” She was prepared to do just that.

He chose to fix the hole. The victory here isn’t that he finally stepped up to the plate, but that Sonya finally took charge of her own happiness.

Filed under Client of the Week, Couples, General Interest

Trained By a Dog 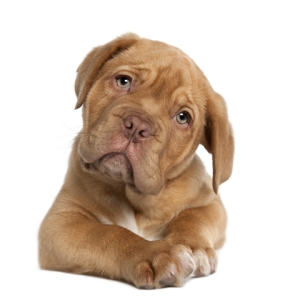 Let’s face it, if we’re vague about what we want,

Like Karen, a former client, we’ll only cultivate inner frustration.

“Never—ever!—did I anticipate the day I’d be jealous of a dog,” she said, “but I am . . . If the dog wants to play, Sam drops everything and plays with him.”

“Dropping everything,” meant abruptly turning his attention away from Karen. Despite her obvious advantages—the fact that she’s human, intelligent and married to her husband—she felt reduced to second-class citizenship.

Clearly, the dog had the edge in their relationship. All it took was a certain whimper or a wet nose placed strategically on Sam’s lap and Karen was out.

My advice was strange but it worked: “Take your cues from the dog. I guess that means you gotta get more dog-like.”  Click here to get the full scoop.

It Takes Courage to Feel 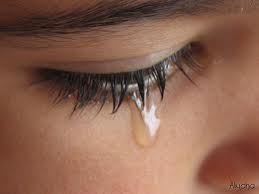 Some people think that being tough has to do with muscle strength and detached emotions, but it’s the opposite. It takes courage to feel.

Brenna, a client in her 20’s, mistakes strength with being stoic—devoid of emotion like one of Clint Eastwood’s characters. Her mom matches those qualities, and Brenna feels weak in comparison.

“I don’t think I’ve ever seen her cry,” Brenna said.

In contrast, Brenna wears her heart on her sleeve. Her emotions are right out there—she feels them all. In our sessions, she often gets teary-eyed and then immediately apologizes for it.

Not long ago she said, “I wish I were strong like other people.”

We humans tend to avoid feelings of pain, grief, fear and annoyance, because the experience is like being in a small boat on stormy seas. It rocks our serenity. It frightens us and threatens our sense of control … meager as that is.

I explained to Brenna that it’s not unusual to discover that the people who are detached emotionally—who seem unfeeling—are actually submerged in a flood of unbearable emotions. Life has left wounds that are just too over-the-top to bear. For those people, detachment is a godsend—a means of coping.

Throughout her life, Brenna has suffered the effects of her mother’s detachment.  Wrongly, she misread it to mean her mother didn’t love her very much. That’s changing. Brenna’s coming to realize that her mother’s emotional detachment is actually an outgrowth of her detachment from herself . . . not to be taken personally.

Filed under Client of the Week, General Interest, Get Free

Not long ago, a client—in her 40s—wowed me with this:

“Rebellion, at any age, is a means of repositioning ourselves with our parents.”

I can only agree. I’ve come to see that the good side of rebellion is that it allows us to break into new horizons of empowerment—to transcend existing limits. Another client, Sonya, further substantiated that point. She was telling me how much she appreciates the grief she once caused her parents especially now that she has teenagers of her own. Hair pulling time! So she did the only honorable thing and apologized to her mother :-).

I was both amazed and touched by what her mother had to say:  “Don’t give it a second thought. It just meant you were readying yourself for leaving the nest.”

Acts of rebellion are important dramas, essential for clearing the way for a more mature you—little you giving way to bigger you.