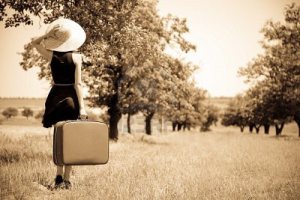 Don’t put up with bullying just because it’s been your habit since day one and is therefore insanely comfortable.

That was my advice to Nicole who endures verbal abuse from her boss on a regular basis. She’s always belittling her in front of the other employees. For example, she’ll blast her for missing deadlines and she’ll erupt in rage when Nicole expresses an opinion of her own. Let’s face it, she’s supposed to be her boss’s puppet and nothing more.

Nicole just sits and takes it. Why? Because it’s familiar territory—echoing how she was raised. Her father was a bully, and she learned that her role was to submit. Succumbing to bullies is her norm—it’s all she knows. It’s how she was programmed.

Residing beneath Nicole’s facade of niceness lies her anger.

“I would just love to call in sick tomorrow,” she said, “and stick her with all the work!”  Nicole dropped her head, saying, “But it wouldn’t be morally right if I did that.”

“Is it morally right to put yourself through this?” I asked.

“What’s the fine line between abuse and job responsibilities?” she asked.

“You answer that,” I said. “You’re wiser than your boss, you know.”

“There’s never a good excuse for abuse,” she said. “Ever.”

“Does that mean that anybody in a leadership position who doesn’t treat you respectfully doesn’t deserve your dedication?” I asked.

“What do I do about this?” she asked.

Without the slightest hesitation, she said with a perky little smile: “Find another job.”

Filed under General Interest, Get Free, Random Acts of Courage