A Girl Needs Her Dad 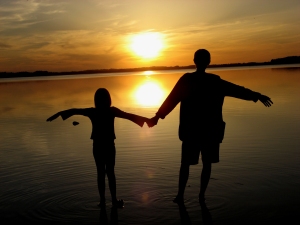 It’s doubtful that many fathers realize how important they are. I don’t question it. As a daughter, I have firsthand experience, and as a counselor, I’m reminded on a regular basis of a father’s immense impact . . . . continue

Happy Father’s Day!  Do you have a favorite story to share about your dad? How did your dad make a difference in your life?

5 responses to “A Girl Needs Her Dad”